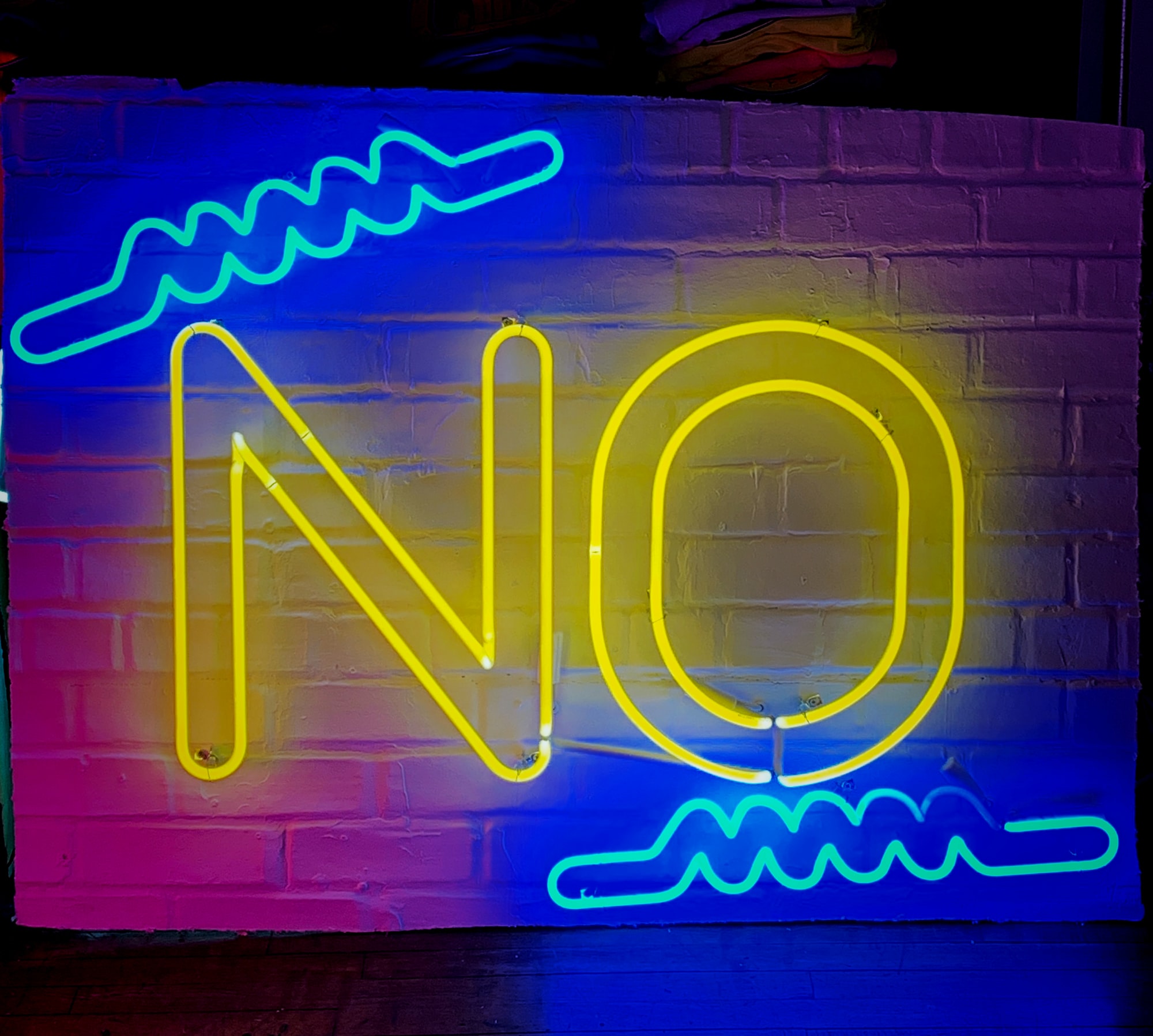 I know what you’re thinking, and yes, you’re right. That title does sound like something you might expect to find on a Channel 4 documentary. You know the kind of show. The type that are watched voyeuristically and generally make us fell better about our life. Who can forget the classic “The Man With The Ten Stone Testicles”? No, I’m not making that up. That was an actual show. Thankfully my deficiency did not require the use of a wheelbarrow to commute myself and my gigantic gonads from point A to point B.

Speaking of ‘point’, enough of this digression.

I have a history of saying yes to everything. It’s fair to say that much of my stress and anxiety has been down to this personality trait. People ask for my help, be it in business or my personal life and my instant reflex is to say yes. It boils down to my need to be liked and, preferably loved. I want to be the guy that never lets anyone down. The dependable sort of chap. Old faithful, if you will.

Here’s what happened though. Every ‘yes’ became a new commitment, an obligation to be met. On the surface, some of these commitments were relatively small, but there was a compound effect in action. A lot of small yeses mount up. Frequently the burden of a tsunami of minor undertakings has rendered me a soggy mess. I lose control. And, when that happens, my anxiety rises.

At the start of this year I realised something that in hindsight is pretty obvious. Managing my anxiety and wellbeing has to be my mission. It has to come first above everything else. And, yes, I do mean EVERYTHING else. If I manage my anxiety, I can be the person I want to be. The Dad, husband, son, friend and writer. Less anxiety means less angry outbursts or periods of general grumpiness. Less anxiety means a better nights sleep. Less anxiety means more laughter.

Everything now goes through a filter. It’s like a magical machine - I shall call it the ‘Anxienator 3000’. Its premise is simple. Things go in. Decisions come out.

It’s basically a new level of self-awareness. I am catching myself, avoiding making an immediate decision and then letting the ‘Anxienator 3000’ work its magic.

Here’s some of the stuff I’ve said no to this year. Most of these I would have replied in the affirmative.

Saying no isn’t something I enjoy. It is an unnatural thing for me to say. As a result, a ‘no’ is often accompanied by a sense of guilt. The blunt truth is, I’d much rather bear that guilt than endure the anxiety that a ‘yes’ would create. That’s an admission that I am being selfish. I feel no shame for that.

I’ve never had a more sustained period in my life where I have been anxiety free. At first the absence of anxiety made me anxious. Now though, I’m wearing it well. I’m proud of where I’ve got to. In the midst of pandemic induced uncertainty I have finally grasped hold of my own universal truth.

And while I’ve made lots of changes to wrestle back control, saying ‘no’ has without question had the biggest impact.

I’ll have challenges along the way, but, I now know that feeling this way is possible. And, to borrow an overused phrase, being worry free can become my ‘new normal’.